END_OF_DOCUMENT_TOKEN_TO_BE_REPLACED
" ...urgency was tempered by a quality that too few singers have the courage or capacity to bring to the table: vulnerability. Sometimes it was as though she were holding a magnifying glass above her lyrics and turning heat into fire, whether on the sadness and drama of Blue On the Inside, the searing intensity of Holding On, or the gripping theatricality of Dear Henry."
John Shand
Sydney Morning Herald (2016)
""... Harrod in concert as a solo artist ... what struck me most powerfully was the aura of authenticity that surrounds her as she sings. Her world feels very real. It's not a fairytale world of happy ever after, nor a world of melodramatic, overly emotional outpourings. But there is emotion, the sense of a life fully lived, and a willingness to expose the frailties and yearnings of the characters she inhabits onstage."
The Age (2009)
"Tina Harrod can sing about love, loss and pain like no other. In baring her soul, both on stage and in her recorded work, she channels personal experience into universal themes that continue to resonate long after the last note has been played."
AustralianJazz.net
Sydney Morning Herald (2013)

Tina Harrod is a singer/songwriter and bandleader. Her numerous awards, nominations and critical acclaim see her as one of Australia’s most highly regarded vocalists and songwriters. She has toured extensively in Australia and Europe with many, including Jimmy Barnes, Paul Kelly, Vika and Linda Bull, Wendy Mathews, Jenny Morris, Renee Geyer, Paul Gabrovsky and The Australian Art Orchestra, The Whitlams, Thirsty Merc and most of the cream of the Jazz and Avant Gard world including 14 years performing with the Hungarian master musician, the late Jackie Orszaczky.

Since moving to Pittwater on Sydney’s northern beaches in 2012, Tina began a life as a painter of old dusty sheds and purchaser of second-hand chandeliers and rugs and with co-founder, the highly innovative American photographer & Pittwater resident Chuck Bradley, the Co-Op Club  at Church Point was born with Tina as the artistic director and booking agent for the first 4 years of its life. 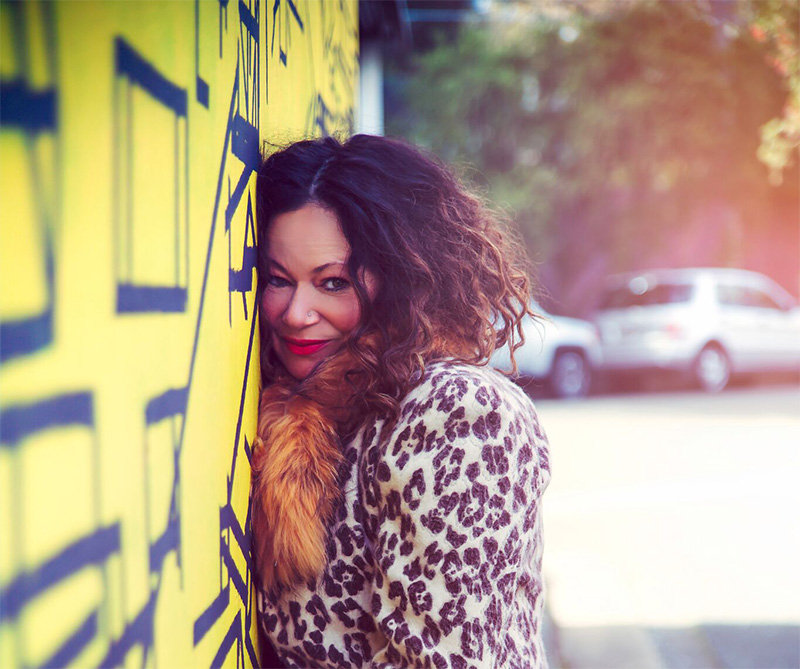 ”Among the most stunning is Dear Henry, a slow, relentless song in 12/8 riding on Zwartz’s double bass, Evan Mannell’s drums and Hunter’s keyboards. Harrod, meanwhile, delivers an oneiric love song that carries a Jacques Brel-like sense of urgency. This remarkable achievement is easily Harrod’s finest album to date…” — SMH 2013

2018 saw the release of her latest album City of Longing, co-written with one of Australia’s most ambitious and imaginative composers, piano player and wizz-kid producer Stu Hunter.

”Dazzlingly innovative arrangements produce an edgy and overarching cinematic resonance that strikes a cohesive balance between mainstream and art-house music. A set of impressive depth and diversity, displaying all the hallmarks of album excellence..” — Tony Hillier, The Australian 2018 ★★★★½

This is the album Tina Harrod had in her all along. Here there’s no attempt to be something, whether an R&B singer, a jazz singer or anything else. Here she just is. Their jointly-penned songs defy categorisation and continually jolt the listener with improbable musical leaps – not to be arty for the sake of it, but simply to maximise each song’s potential. — John Shand, SMH 2018. ★★★★½